The Photography Gallery at Riley Hall is proud to announce The Art of Plenoptics - an exhibition of works by artists and scientists Jeffrey Wolin, Dr. Andrew Lumsdaine, Nortbert Herber, Georgi Chunev and Zachary Norman. The exhibition is open now and will run until February 17. 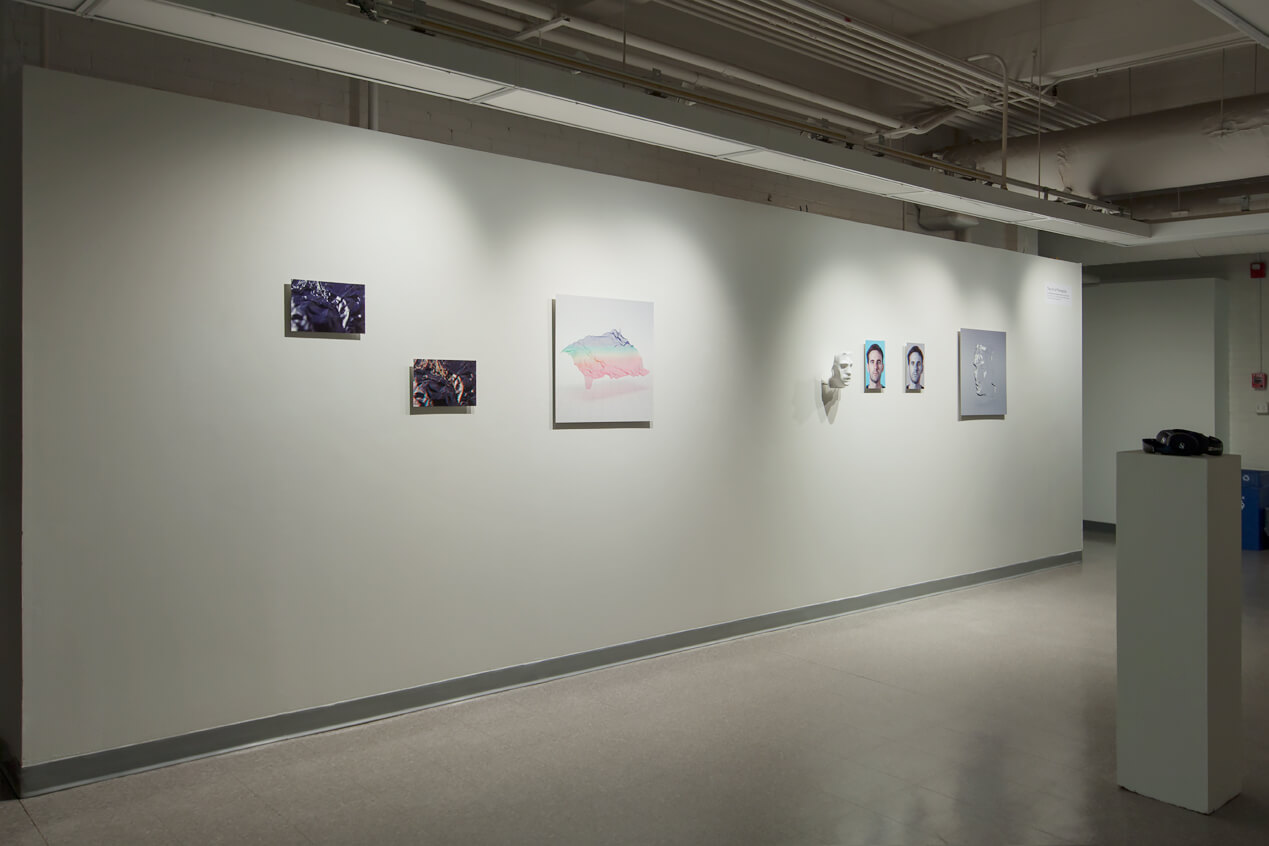 Photographer Jeffrey Wolin, and Computer Scientist Andrew Lumsdaine, began collaborating on photographs using Lumsdaine’s custom-built plenoptic cameras in 2012. In plenoptic cameras a micro-lens array is positioned over a digital camera’s sensor to allow entire light rays to be recorded, rather than just points of light as in conventional cameras. This allows images to be refocused after they are taken. They can also be viewed stereoscopically in 3-D.

Prof. Lumsdaine is one of the world’s leading researchers in this emerging field while Wolin is an internationally known photographer whose work has been shown at the Museum of Modern Art, Art Institute of Chicago and Whitney Museum, among others. Their collaborative work, with then MFA Photography student, Zachary Norman and Computer Science doctoral student, Georgi Chunev, was first shown in “Imag(in)ing Science” at the Grunwald Gallery at Indiana University in 2013 and reviewed in “SciArt in America”. One of their plenoptic photographs was selected as one of 10 finalists in the 2016 NSF Vizzies Awards.

For “Imag(in)ing Science”, a large group exhibition of collaborations between artists and scientists held at the Grunwald Gallery at Indiana University in 2014, Wolin and Norman created a suite of photographs of Lumsdaine that referenced earlier scientists/inventors whose work changed the field of photography: Edward Muybridge whose locomotion studies froze a galloping horse and Harold Edgerton whose iconic high-speed flash photographs (e.g., a bullet piercing an apple). Chunev created an interactive setup so that gallery goers could manipulate the plenoptic images for themselves.

The work shown here was made for “Re-Imag(in)ing Science”, the second iteration of the previously mentioned exhibition held at the Grunwad Gallery at Indiana University. In this work Wolin, Lumsdaine, Chunev and Norman are collaborating with sound artist, Prof. Norbert Herber, to create new works that continue to highlight the artistic potential of plenoptics. The availability of new plenoptic cameras (based on Lumsdaine’s research), 3-D printers, and software that can spatialize sound in 360º allowed the team to create new images, objects, and sonic landscapes pushing forward the fields of plenoptics and fine art photography.