Chicago based artist Jason Lazarus will have an exhibition in the Isis Gallery Thursday, Jan. 24th, 2013 - Monday, Feb. 18th, with an artist lecture on Thursday, Feb. 7th, 1PM in Riley Hall of Art Room 201.

When looking backward in time, photography offers a carnivalesque lens through which to learn. Things that shouldn’t linger in front of us do, their features distorted and laid bare. This applies to the entirety of photographic process – the subjects of photographs, reduced to two dimensions, have no shame; they always dare to stay fixed. Their stubbornness transmutes doubt into belief.

A naturally occurring phenomenon, the camera obscura always offered us a manner to translate the world into an image, but has never offered a way to fix it. The intervention to stabilize images is our feat and failure. We live in the complex wake of this paradox.

The optical afterimage is also our birthright – a product of fatigue of vision. The momentary lingering of an afterimage is a compensatory biological reflex – we’re hardwired for harmonious relationships in tone and color (which only begins to reveal our predicament). It’s an innate warning of stabilizing vision, of fixedness not in our nature.

An afterimage plays out as a moving image when we pay close attention, with elements moving, pulsing, dissolving and manifesting. The frame, which usually makes everything into a diptych (what is inside vs. what is outside) loses some definition. Perhaps the afterimage can offer a different kind of transparency – a simultaneous view of seeing and being seen. Stare at the magenta dot – there is something in this. 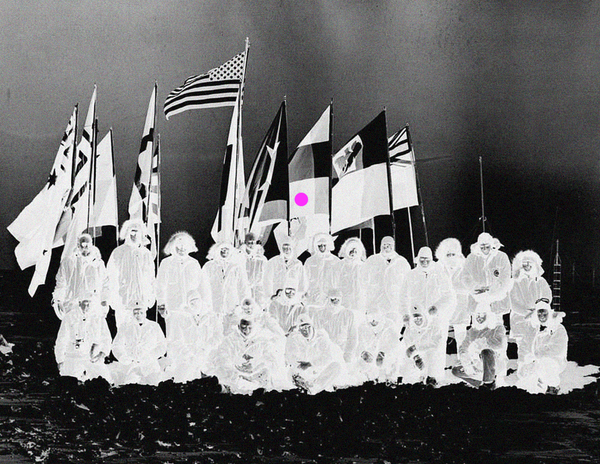