Photographer Stephen Wilkes will give a talk at the Snite Museum of Art at 5:30 pm on Wednesday, April 22nd. 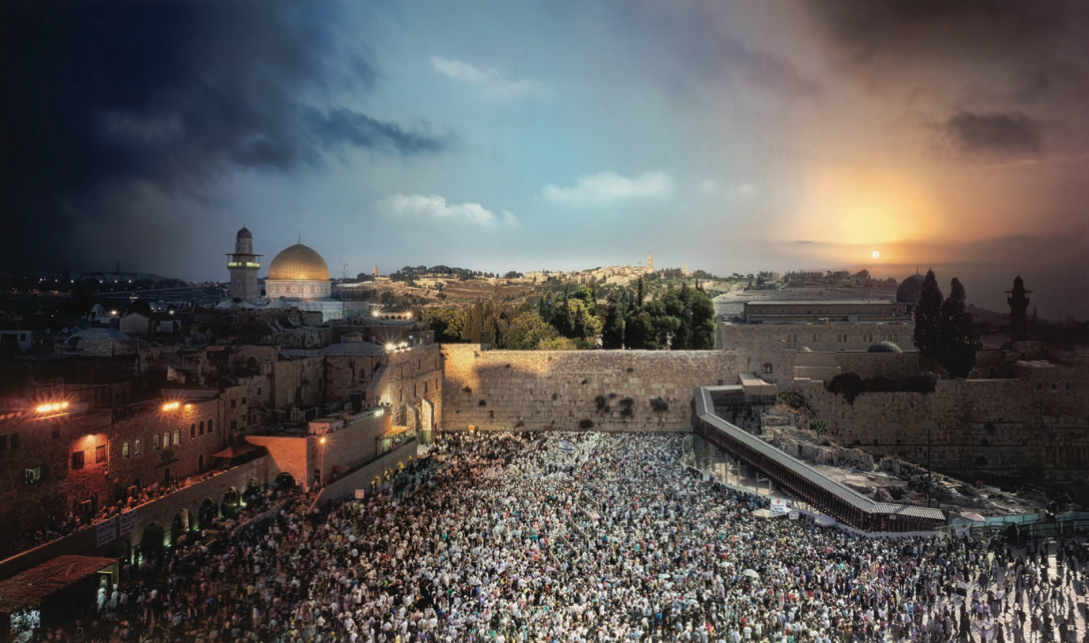 Artist Stephen Wilkes (American, b. 1957) continuously photographed this scene from one camera angle over a period of 15 hours. Selected images shot from dawn to dusk on that particular day were then digitally combined into this single image that depicts at its center the plaza in front of the Western Wall (“Wailing Wall”), located in the Old Quarter of East Jerusalem, Israel. Behind the wall is the Temple Mount on which sits the Islamic shrine, known as the “Dome of the Rock,” (left) and to the right is the Ophel Archaeological Park.