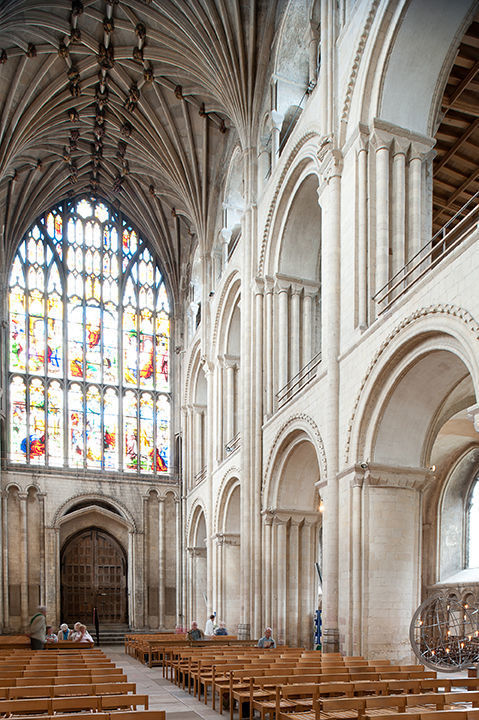 On behalf of the department’s search committee, I am pleased to announce the third candidate lecture for a faculty position in Medieval art history. Dr. Zachary Stewart will give a public lecture on Thursday, February 9 at 5:00 PM in room 200 Riley Hall. The title of Dr. Stewart's talk is "Perpetual Light: Illumination, Commemoration, and Power in Late Gothic Architecture."

Zachary Stewart is a Visiting Assistant Professor of Art History in the Department of Art History and Music at Fordham University. He holds a BArch in Architecture and Medieval Studies from the University of Notre Dame (2007), an MA in the History of Art from the Courtauld Institute of Art (2008), and a Ph.D. in Art History and Archaeology from Columbia University (2015). His research focuses on the art, architecture, and urbanism of medieval Britain.

Professor Stewart is currently at work on a book project titled “The Parish Church Transformed: Architecture, Identity, and Community in Late Medieval England.” This study expands established accounts of Gothic architecture by demonstrating that formal integration—the quality for which the style is widely lauded—was not only a means of achieving spatial unity but also a method of confronting, controlling, and contesting social diversity in medieval Europe. Other publications in progress investigate the promotion of royal burial sites in thirteenth-century London, the production of communal devotional spaces in fourteenth- and fifteenth-century Norwich, and the textual, pictorial, and spatial expression of lay devotion in pre-Reformation England.

Professor Stewart has received numerous fellowships, grants, and awards—most notably from the US-UK Fulbright Commission, the Andrew W. Mellon Foundation, and the Center for Advanced Study in the Visual Arts (CASVA). He has taught at Skidmore College and at Columbia and has worked as a research assistant on the “Collecting and the Courtauld Collections” project at the Courtauld and on the “Mapping Gothic France” project at Columbia. Presently, in addition to teaching at Fordham, he works as a lecturer at The Met Cloisters in New York and serves on the board of directors of AVISTA (The Association Villard de Honnecourt for Interdisciplinary Study of Medieval Technology, Science and Art).

Please join us for the lecture.
Richard Gray