The Photography Gallery at Riley Hall is proud to announce and one day you rose over the horizon and I finally saw you - an exhibition of photographs and text by Ian Breidenbach and Emily Jay. The exhibition is open now and will run until October 9. 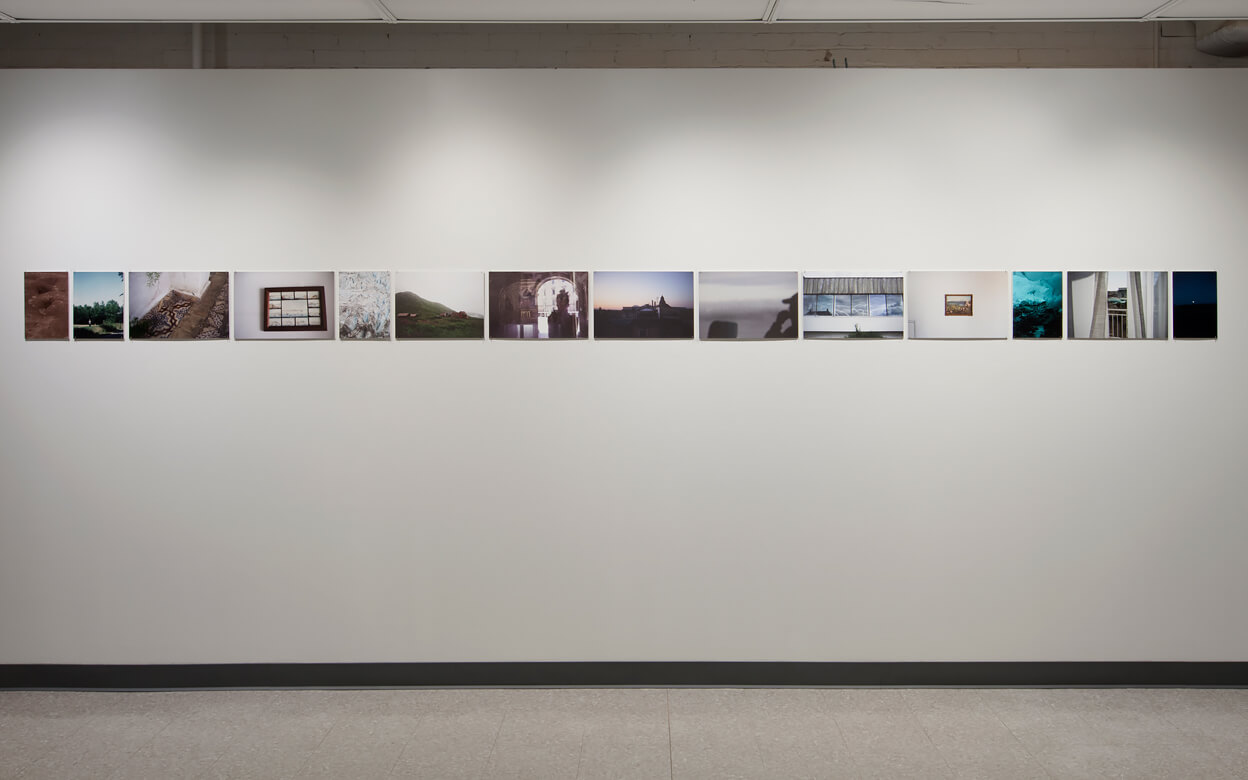 Ian Breidenbach (b. 1984)  is a conceptual artist, curator, and traveler. He lives and works in Findlay, OH, where he founded and curates the Neon Heater Art Gallery. He received a BFA from Wright State University in 2009, with a Selected Studies degree in Film and Installation Art. He exhibits and curates regionally, nationally and internationally.


Emily Jay (b. 1988) is an artist and educator who lives and works in Northwest Ohio. She received her MFA from Bowling Green State University in 2013. She has exhibited internationally, and currently teaches Photography, Art History, and Visual Literacy at Ohio Northern University. She has co-curated the Neon Heater Art Gallery in Findlay, Ohio, since 2016.

Bedding has been around for nearly all of human history. Once an expensive luxury, bedsheets were often found in wills from the early modern period onward. Sheets were given as part of the wedding trousseau. We can see the bedding of the past in museums around the world. We spend so much time in beds, it makes sense that what covers them-what covers us-should be of such importance, such material and psychological weight. Even in the warmest climates, people have been covering themselves at night.

But why this need to stay covered at night? On a physiological level, it is necessary. Our core temperature drops after falling asleep, and what’s more, during the REM sleep cycle, our body is incapable, however briefly, of thermoregulation. At dawn, when the night is at its coldest point, our body too is at its coldest, and unable to keep warm. And so, bedding is necessary at some point, even on the hottest of nights, to protect us from the cold.

(We must be looking out for ourselves without even knowing it, by going to sleep with blankets and sheets.)

just are, things that will never leave you.

We began this collaboration in an attempt to better work together. Our respective practices are quite similar; a stringing together of photography and text to create long form narratives.  We found a mutual language in our mode of production. The problem, however, is that a mutual language is simply a language that you have in common.  It may not necessarily be the preferred mode of communication; it may not be the language with which you speak most comfortably, most freely, most as yourself.  We seek a shared language, one we both know intimately, one we create together.

To do this we began questioning each other's use of repetitious imagery: the ground and the sky. The ground is treated as if it were a skin, an outer layer, a visible invulnerability. The ground is something to be protected. The sky as an object of connection, as something inhabitable which is the same thing everywhere. The sky is a blanket, a protection. With ground and sky as bookends we were able to create a framework for a narrative.