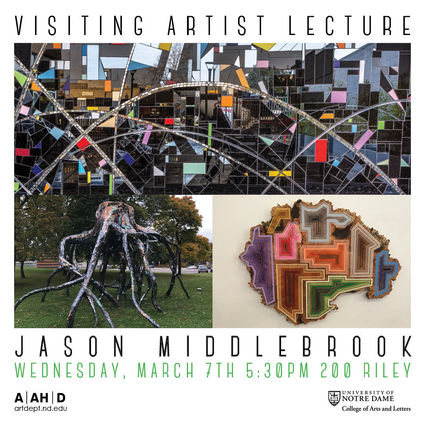 In 2013, Middlebrook unveiled a major outdoor commission at the Albright-Knox Museum. In 2014, his work was exhibited at Contemporary Arts Museum Houston, SITE Santa Fe biennial and Savannah College of Art and Design. In 2018, Middlebrook will install a commission in Mobile Alabama for the new federal courthouse. The commission is with the Government Service Administration. He was the recipient of The Joan Mitchell Foundation Grant and a Pollock- Krasner Foundation Grant. His MTA public commission, Brooklyn Seeds, was named one of the Best Public Artworks in the United States.