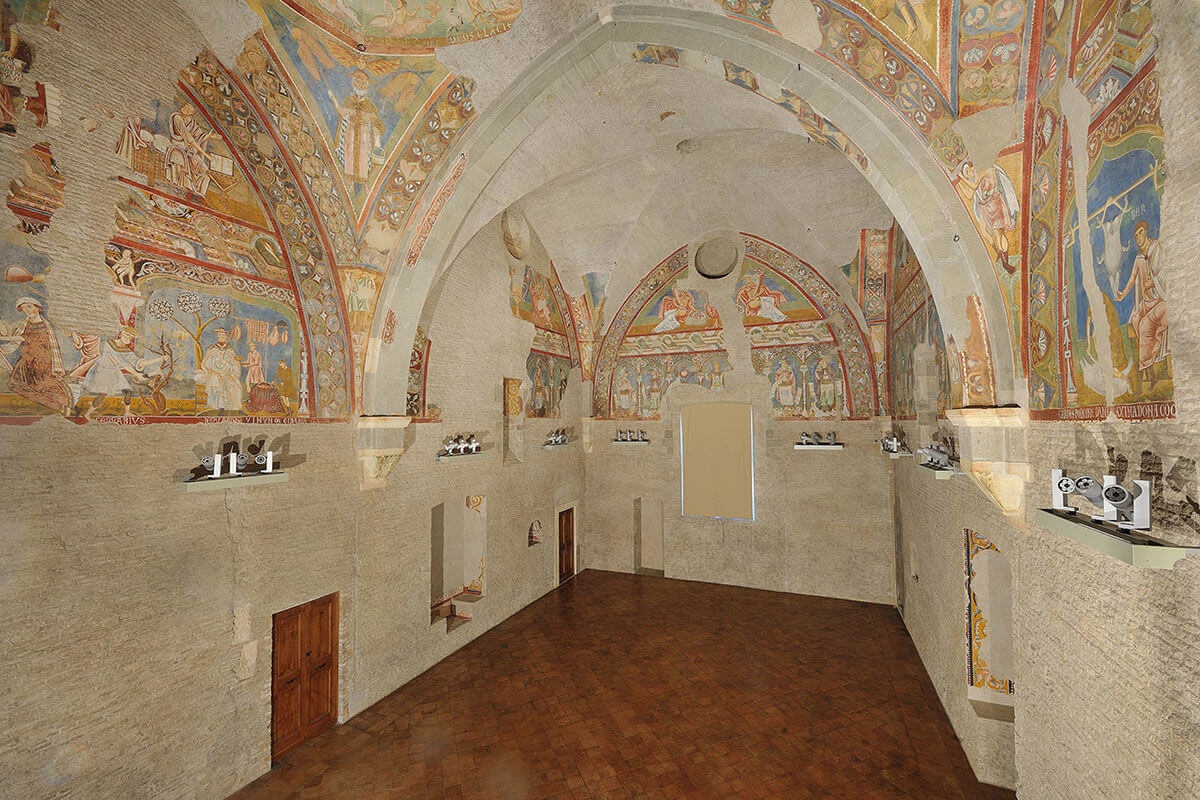 Thirteenth-century frescoes in the cardinal’s residence inside the monastic complex at Santi Quattro Coronati in. Notre Dame art historian Marius Hauknes is spending this year writing a book on the murals, which were hidden for years under layers of whitewash at the monastery. 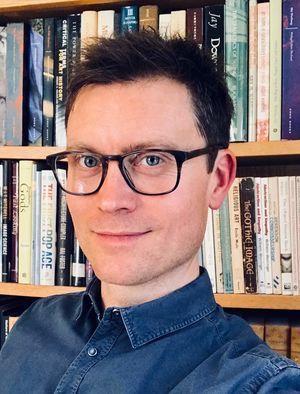 Much medieval Italian art from the 13th century is focused on Christianity — paintings and sculptures depicting Jesus, the Virgin Mary, saints, or other Biblical scenes.

But murals that were hidden for hundreds of years under layers of whitewash at the Santi Quattro Coronati monastery in Rome are different — in addition to religious iconography, they also depict secular knowledge.

Notre Dame art historian Marius Hauknes is fascinated by the significant shift implied by the newly discovered paintings, and he’s spending this year writing a book on the subject after winning a fellowship from the Institute for Advanced Study in Princeton, New Jersey.

The Christian-centered art of the era spoke to the influence of the Catholic Church, which not only financed many of the projects but was a central part of people’s lives. The frescoes at Santi Quattro Coronati were commissioned by a 13th-century cardinal and depict worldly knowledge as personifications of the months, seasons, and liberal arts.

Their creation came at a time when “lost” texts containing the thinking of Euclid, Aristotle, and other ancient scholars were being translated into Latin from Arabic sources. Mediterranean court culture fostered this translation movement, as the courtiers of Rome, Sicily, and Spain sought access to new learning and competed for the best and brightest scholars and translators.

Hauknes argues that the creation of murals, which are more publically oriented than manuscripts, was intended to signal to the world that the papacy was a leader in both spiritual and worldly knowledge. While not open to the general public, the Santi Quattro Coronati frescoes would be seen by groups of people, primarily from the upper echelons of the papal hierarchy, rather than one person at a time, which is how scientific texts would be consumed.

“You find scientists and poets being drawn to one or the other of these courts. In that sense, these murals, as celebrations of knowledge, are in dialogue with a larger cultural transformation that is happening,” said Hauknes, an assistant professor in the Department of Art, Art History & Design.

“The way to think about these paintings is as celebrations of knowledge. The patrons are co-opting and displaying knowledge as an aspect of political power.”

Hauknes says that despite a long-standing suspicion toward science, papal authorities realized that knowledge was an instrument of power. Commissioning the murals was therefore meant to display the papal court’s dominance over its courtly rivals in Sicily, for example.

“The way to think about these paintings is as celebrations of knowledge. The patrons are co-opting and displaying knowledge as an aspect of political power,” Hauknes said. “They’re making a claim to secular learning, saying that it is within the domain of the papal court. It’s making the argument that the papal court is in charge not only of the scriptural side of things but that its power encompasses all the learning in the world.”

Much of Hauknes’ work has focused on monumental art. After completing his book, tentatively titled The Image of the World in Medieval Italy, he plans to shift to a project examining medieval cave paintings, focusing on the relationships the painters and societies developed between nature and art.

“Like murals on man-made walls, these paintings are not portable objects. There’s inevitably an important spatial relationship created between the architectural space of the structure and what’s depicted in the paintings,” Hauknes said. “That is something that has been a through-line of a lot of my work — thinking about how space and spatial organization of art impact how it is perceived by viewers.”