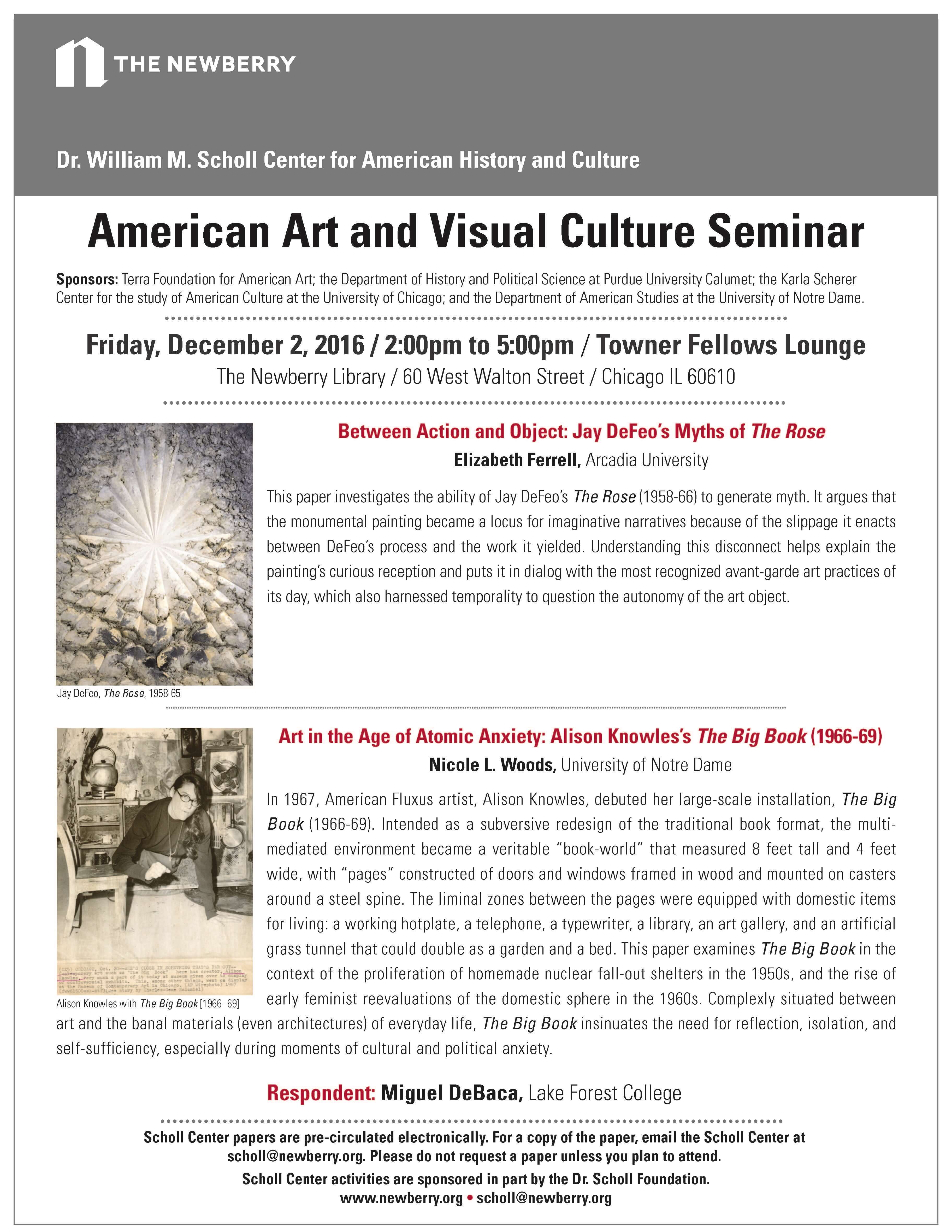 In spring 1967, American Fluxus artist, Alison Knowles (b.1933), debuted her first large-scale work, The Big Book(1966-69), in the front room of her Chelsea home. The multimedia environment Knowles created was intended both as a “subversive” redesign of the traditional book format, and as a veritable “book-world.” The final installation was 8 feet tall and 4 feet wide, with original silkscreen prints, papers, and various found images affixed to its surfaces. The “pages” were doors and mirrors, framed in wood and mounted on casters around a steel spine. The liminal zones between the pages acted as sly rooms equipped with domestic items for living: a working hotplate, a telephone and electrical system with small colored and flashing lights, a library with books, a typewriter, a gallery with commissioned artworks by Fluxus and Happenings artists, and an artificial grass tunnel that could double as a garden and a bed. The Big Book also contained a chemical toilet but no formalized waste or disposal system—a slightly anarchic gesture that hinted at the relative impracticality and ultimately utopian possibilities of dwelling within its pages. In collapsing the traditional zones and operations of public/private realms (it is simultaneously an artwork, a text, a gallery, and a place), Knowles’s three-dimensional novel enacted a series of displacements of artistic and literary forms; of rarefied art world spaces; and of daily life in the postwar nuclear home. As such, Knowles’s Big Book (now destroyed) was complexly situated between art and the banal materials, even architectures, of everyday life.

Drawing on original archival research, unpublished photographs, and the theoretical insights of Elizabeth Grosz, this paper offers a close reading of The Big Book in the broader context of its making. I consider how the work ushers in a new form of spectatorship in the 1960s which plays on several visual, physical, and environmental registers at once—text and texture; function and space; epic literary fantasies and mundane lived realities; corporeal agility and indeterminate experiences—at a time of deep political and social unrest. I argue that Knowles’s reimagining of the art/book formal is constitutive of certain aesthetic preoccupations with the agential, sensorial body in the postwar period; by this I mean, artworks acutely attentive to the tactile, the acoustical, and the visual in a cultural atmosphere of atomic anxiety. In the context of the proliferation of homemade nuclear fall-out shelters in the 1950s, and the rise of early feminist reevaluations of the domestic sphere in the 1960s, Knowles’s The Big Book insinuates the need for collective action; but also reflection, isolation, self-sufficiency, and an abundance of basic supplies for surviving moments of personal and political crisis. In this way, she expands the territories of artistic investigation toward a dialectical relation to the antinomies of everyday life in an increasingly threatened world.