University of Notre Dame MA student in Art History Erin Daly has been invited to present her paper, Perpetuating the Paragone and Perfecting Nature: Rubens's Head of Medusa, at the Graduate Symposium of Art History at Florida State University.

The paper is an updated version of the paper that won the Riley Prize last year. She'll be traveling to Florida over fall break to present at the symposium. 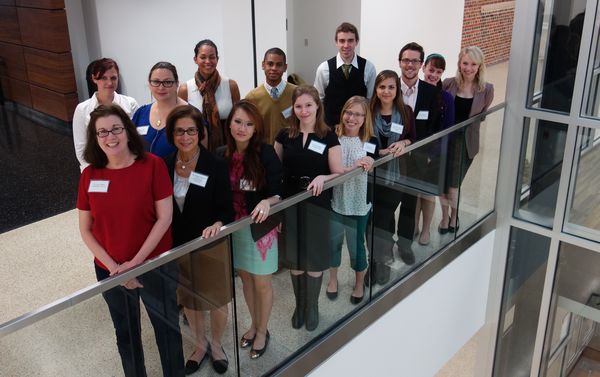 Daly participated in the Thirty-First Annual Art History Graduate Student Symposium at  Florida State University on October 18 & 19. The conference consisted of three sessions and twelve student presentations. Students flew in from all over the country, and the symposium was an excellent way to share and discuss scholarship.

Daly presented a paper titled, "Perpetuating the Paragone and Perfecting Nature: Rubens's Head of Medusa." This paper sought to contextualize Rubens's Head of Medusa within the context of early modern collecting culture. Based on Rubens's engagement with discourse surrounding the paragone and early modern science, she proposed that Rubens created his Head of Medusa for the kunstkammer or cabinet of curiosity market. This paper began in her undergraduate career, but was reworked and reanalyzed in an Art Theories course with Dr. Kathleen Pyne. Daly's presentation was a synthesis of some of her earlier ideas with her later research concerning the early modern marketplace and its engagement with aspects of scientific discourse.

*The picture above is all the symposium presenters and, at the front, the symposium organizer, Dr. Lynn Jones (left) and the keynote speaker, Dr. Magali Carrera (right), Chancellor Professor of Art history at the University of Massachusetts, Dartmouth.