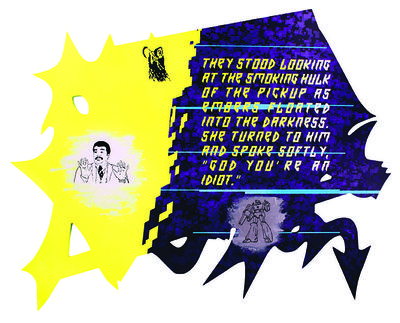 Jason Lahr’s solo exhibition Electric Funeral features recent paintings on shaped panels. Utilizing brief texts which he writes and images appropriated from popular and subcultural points of reference, the paintings draw from feminism, narrative theory, contemporary and postmodern fiction, semiotics, and film theory to explore the formation and shaping of working class masculine identity through mass culture. The work utilizes a wide range of painting languages and culturally derived visual vocabularies to address the issue of gender, and more broadly the expectations and assumptions that are implicit within a socially configured identity bound by class. The visual language of digital culture–derived from video games, early computer imaging, and .jpg glitches–is combined with traditional painting techniques and references to illustration, print media, and graphic design, to create an intertextual network that addresses the articulation of masculinity manifested in Generation X. Electric Funeral is accompanied by a full-color catalog with an essay by noted Canadian painter and critic John Kissick. This exhibition is made possible in part by support from the Institute for Scholarship in the Liberal Arts, College of Arts and Letters, University of Notre Dame. 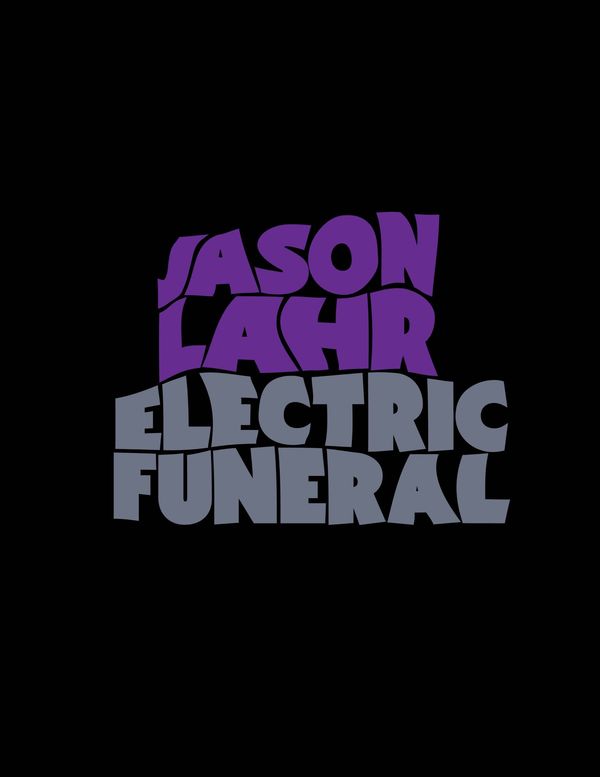