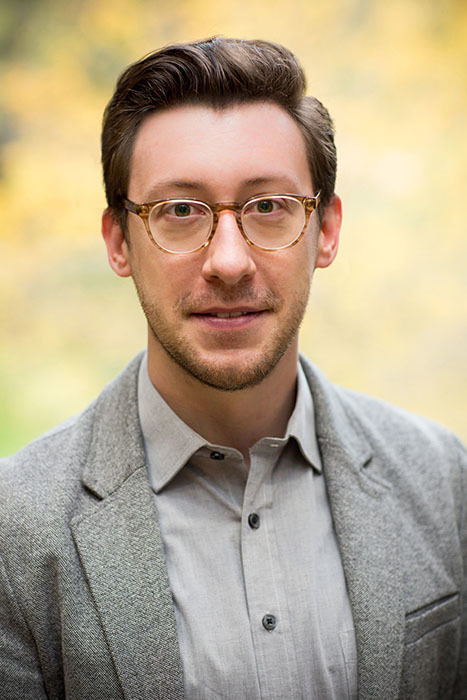 Steven Lemke, a past recipient of the Snider Family Endowment for Excellence in European Studies, has been awarded a 2019-2020 U.S. Fulbright Open Study/Research Fellowship to Slovakia to explore the relationship between communal architecture and identity. Lemke, a 2019 Master of Fine Arts graduate in the Department of Art, Art History, and Design at the University of Notre Dame, received critical support by the Nanovic Institute for European Studies, and its Catholic Universities Partnership, during the rigorous application process.

Before joining the MFA program, Lemke worked in the non-profit sector, establishing artist residencies in France. This opportunity, as well as a period of curatorial work in London, enabled Lemke to learn about numerous forms of contemporary art. From those initial travel opportunities, Lemke saw firsthand how travel and research would be directly beneficial to his studio practice. “When I first started at Notre Dame, I knew I wanted to incorporate travel and research into my own art more directly.” Lemke said. “In fact, part of why I came to Notre Dame was because of funding opportunities available, like those from the Nanovic Institute.”

“There’s a lot of ways in which travel can directly help my research, but for studio artists it’s difficult to come by since so much of our time is dedicated to the actual studio.” While this research focused on how site and context can inform his art, Lemke was also searching to anchor a sense of meaning within his work amidst the major geopolitical changes that occurred in 2016 across the globe. As the world and its future became increasingly difficult to define, artists began creating works in direct response to these changes. “The way I saw myself and the way I saw the world was changing,” Lemke said. “I was going there to contextualize whatever I thought I was doing in what was going on in that moment.”

Coming off his Nanovic experiences, Lemke started building sculptures with the concept of what it means to have territory on a personal level. To strengthen this concept, Lemke received support from Notre Dame’s Rome Global Gateway and the Institute for Scholarship in the Liberal Arts (ISLA) to spend two weeks researching an archive of post-war architecture and design. “If what I learned from my Nanovic experience was the instability of the present world order, which can be traced back to how we reorganized the world immediately after World War II,” Lemke said, “my intent in going to Rome was to examine how architects and designers did that.” 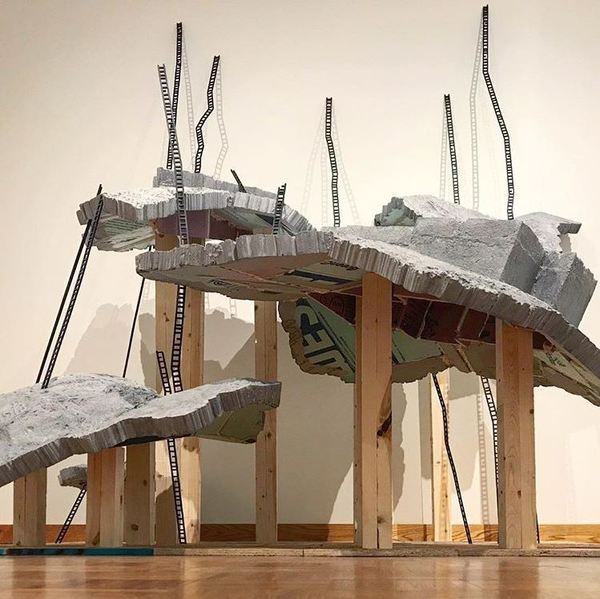 Laser-cut as a stencil then etched onto the earthen surfaces of Lemke’s sculptures are layouts from Levittown, the first American suburb in Long Island, New York. Through using Levittown, Lemke traces the history of master-planned communities from Europe to the United States and broadens the understanding of how our shared built environments came to be. Yet, for the Lemke, the clearest example of these kinds of communities can be found in the post-socialist built environment, particularly Bratislava, Slovakia, which has the highest concentration of concrete panelák housing developments in Europe.

Yearning to make critical connections with key individuals in Slovakia, Lemke attended a Nanovic Institute lecture by Jan Banas, a Slovakian philosophy professor, looking for any connection possible to help open the door to this new avenue of research.

“These connections and support were absolutely necessary for me, not just to put forward a competitive application, but to help make my project a reality,” Lemke said. “The support from the Nanovic Institute gave me the confidence to approach the National Czech & Slovak Museum & Library in Cedar Rapids, IA, to do additional preliminary research in support of my Fulbright application.”

Through a partnership with the Academy of Fine Arts and Design in Bratislava, the capital of Slovakia, Lemke will be working in the studio community and incorporating digital fabrication design into his work. In addition, he will be conducting a series of visiting artist workshops with the art education program at Catholic University in Ružomberok. Bratislava’s proximity to Vienna, a major capital for contemporary art, enhances the experience for Lemke as both Central and Eastern Europe will enrich his work and research.

The Nanovic Institute for European Studies at the University of Notre Dame is committed to enriching the intellectual culture of Notre Dame by creating an integrated, interdisciplinary home for students and faculty to explore the evolving ideas, cultures, beliefs and institutions that shape Europe today. The institute is an integral part of Notre Dame’s Keough School of Global Affairs.

Originally published by Connor Bran at nanovic.nd.edu on May 23, 2019.