In the spring semester, a group of Notre Dame undergraduate drawing students engaged with members of the Birdsell Project to install a collaborative drawing that addressed the history of the mansion by combining traditional and non-traditional media in response to collective research.

The Birdsell Project is a local area initiative that seeks to revitalize once abandoned spaces by opening them to artists and the community. The project’s name derives from the Birdsell Mansion, the space in which the project’s artists/sponsors/managers began their collaboration.

Upon completion, the installation titled “Polyphonic Site Response" was included in the Birdsell Project exhibition “Discord,” where the work was presented alongside that of other local and regional artists. 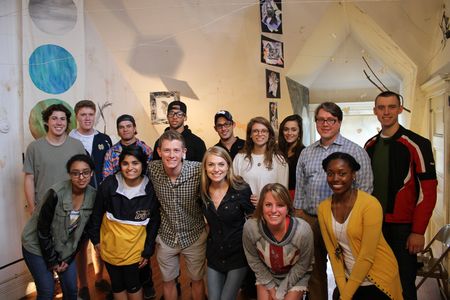