Industrial Design Professor Paul Down retired from the University last May after 32 years of teaching in the Department of Art, Art History and Design. Down taught both graduate and undergraduate students in design, and his industrial design research encompassed the design of innovative consumer products, marine products, transportation and related accessories. 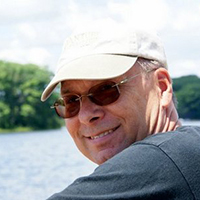 In 1986, Down co-founded Prodesign Incorporated, an Indiana sub-s corporation that designed and manufactured thermoformed products. He subsequently introduced the first commercially produced jet driven human powered water-craft (Jet Wave), featured on the spring 1987 cover of Hammacher Schlemmer’s catalogue, as well as Solar Troller, marketed by Ultranautics, Oxnard CA. Down’s designs have been featured in promotional publications and at international trade shows for Monsanto Plastics, Ford Motor Company, Stewart Superior, and General Motors Corporation. Paul Down was co-recipient of the 2008 Dr. Jacob Bolotin Award for AdapTap (a lane-gate navigation system for sight-impaired swimmers) from the National Federation of the Blind. More recently, Down completed a design research grant from Memorial Health Foundation during a one-year sabbatical from teaching in 2010. In 2014 he was awarded international recognition from JC Bamford’s Project 120 Competition, receiving third place as lead designer in a Notre Dame Design team submission.

Professor Down served as Midwest District Education Representative for the Industrial Designers Society of America (IDSA) from 1997-1999. In 2003-2004 he served as trustee to the National Design Foundation and as IDSA’s National Education Council Vice President. Down coordinated the ND student Industrial Design group, and directed the IDSA Student Chapter. In 2013, he received recognition as Educator of the Year from the Midwest District of the IDSA. 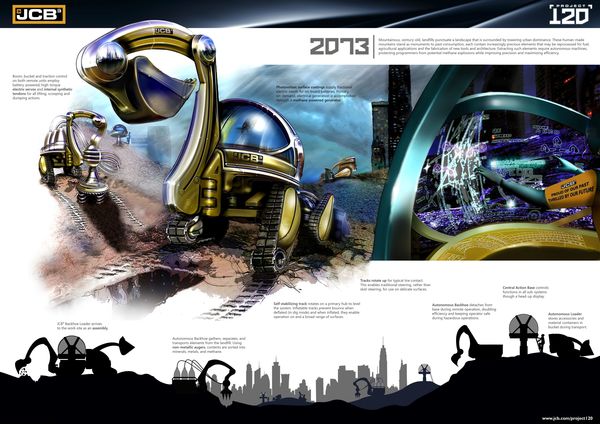 Paul Down was promoted to the rank of Professor in 2011. Since 2013, Down has continued exhibiting his automotive design work throughout Michigan and Indiana as member in good standing of the League of Retired Automotive Designers (LRAD).
Today, Paul Down spends his time with his three children and grandchildren, concurrently designing for the sport vehicle aftermarket.