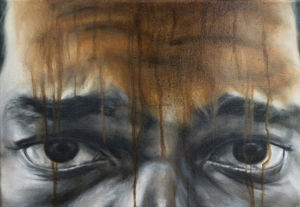 To the average American, words like decay, crime, and despair are synonymous with Detroit, not words like art and creativity. However, our thriving art community is one of our best-kept secrets.  In recent years it has been getting more attention from those on the outside. “Authentic” is perhaps the best word to describe art here. It isn't a forced attempt to save the city; rather, art here is just a natural part of the ecosystem. It has always been present and has continued to blossom and manifest itself in different ways in response to the city's changes.

Some of the city's most renowned works of art, such as the Heidelberg Project, have been a product of the drastic stress and dramatic changes the neighborhoods in this city have undergone. Where others see hopelessness and despair, artists here have seen something else. Their transformative vision for spaces in the city is coming to fruition. Everything from factories to old churches have been repurposed as art galleries or artist studios here. The creativity that exists here along with the cheap real estate has attracted many people from surrounding suburbs as well as different parts of the country and the world to this area. As a young artist, it is an exciting time to be here. Every week there are plenty of art events and new galleries/spaces for art are constantly popping up. 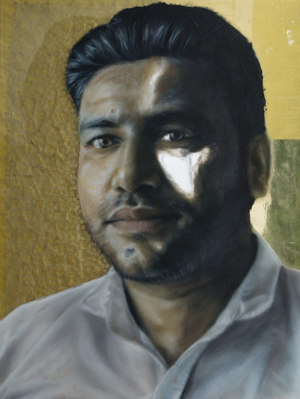 One of the best parts about the organic growth of art here is that it is not relegated to just one area. There is no single arts district confining creative expression; the whole of Detroit is art. Wherever you go in the city you will find art -- even in the most discreet, seemingly devoid of life places you'll stumble upon art; such is the case with most things in Detroit. Whether it's a new restaurant or gallery, people here tend to do what they want in whatever location they desire, which creates a unique vibe not many cities have. 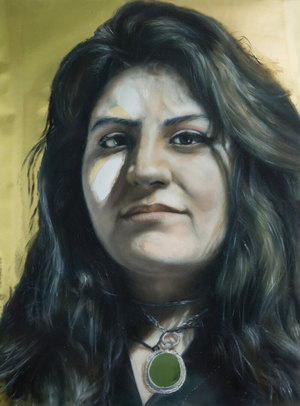 As the art community has continued to expand the thing I cherish most is the exponential growth of public art, in particular murals. Street art is raw, expressive and possesses the ability to make an area vibrant, which is exactly what it's doing here. In the Eastern Market (my favorite area) a couple years ago an event called Murals in the Market was started where artists (local, national, and international) are brought in to do large-scale murals on the old warehouses in the area. As a result, this place that was once an afterthought for many, just somewhere to go get groceries, has transformed into an experience all in itself and people come to see the beautiful art. The private business community has also begun recognizing the power of public art as well. Murals are popping up in high profile locations downtown, alleys are being filled with masterpieces, and new stores are even bringing in artists to create murals for them, all giving opportunities to artists as well as affirming the place art has in this community.

With the all the changes and commercial investments going on in this city, race, and gentrification are inextricably tied to how art is produced and experienced in Detroit. It would be remiss for me to not note that the majority of the new artists I see moving in and new galleries popping up are not owned by people of color, despite the fact that Detroit is 80% black. However, black artists are integral to the art in this city and I believe the changing art scene here will still embrace them. As a young black artist, it is very encouraging to see people who look like me being leaders in the art scene. Plenty of names could be listed but two of my favorite artists Sydney G. James and Tylonn Sawyer. They are a huge inspiration to me, and I appreciate seeing them not only producing amazing work but also being recognized widely for it. 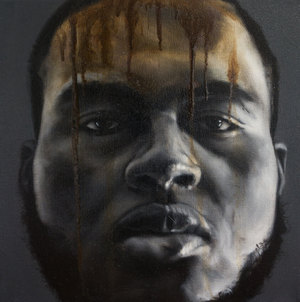 There is so much opportunity in Detroit, but one of the downsides to being a fine artist in this area is the lack of collectors and exposure here. On a whim, I reached out to a gallery in Chicago. We connected and a year the later the vast majority of my sales have come from that gallery. There are countless collectors there, whereas in Detroit there are simply not the density of people who can support, and the ones that are present are interested in the work of more established artists. Obviously, building a reputation is a part of the work all emerging artists must do. The art community here is very supportive and people seek to help you out, but overall it seems like more opportunities for exposure exist in the more established art centers of this country like New York and Chicago. Hopefully, as a result of increasing interest from the outside in Detroit's art scene, more opportunities will come as well.

Detroit is a city unlike any other in ways both good and bad. The challenges this city has faced facilitated the growth of such a unique art community and all lovers of art should come here and experience it. Where there is creativity there will always be reinvention and progress. Detroit is no exception. Significant obstacles still remain for Detroit, but the art community here continues to breathe new life into it and will hopefully remain an integral part of the city even as it continues to forge into a new future.

Originally written for The International Review of African American Art - Creative Class of Detroit Vol. 27 No. 3.