Alexander Nemerov, chair of the Department of the History of Art at Yale University, will be presenting a lecture at the University of Notre Dame entitled “Abraham Lincoln: The Flame of Place” in the Snite Museum of Art’s Annenberg Auditorium at 5:30 on Monday, March 7, 2011.

Nemerov’s theme evolves from the subject of his most recent book, Acting in the Night: Macbeth and the Places of the Civil War. This book, published in 2010, examines a single night's performance of Macbeth attended by Abraham Lincoln in Washington in 1863. Nemerov’s lecture responds to the question: "What can the performance of a single play on one night tell us about the world this event inhabited so briefly?” In order to illuminate Lincoln’s rendezvous with Macbeth on this occasion, he considers paintings, prints, photographs, poetry, and memoirs, clarifying the relations between art, politics and daily life.

Kathleen Pyne, professor of art history at Notre Dame, writes of this work: “a benchmark in the writing of art history and in studies of the Civil War, Acting in the Night occupies a category unto itself. It uniquely immerses the reader in a holistic experience of the Civil War and shows Nemerov as a consummate stylist in the field of American art history.”

Nemerov is widely recognized as one of the country’s leading scholars of 19th and 20th century American art. His numerous publications have been both eclectic and influential. He has written a book on film —Icons of Grief: Val Lewton's Home Front Pictures (2005)—and two books on painting, The Body of Raphaelle Peale: Still Life and Selfhood, 1812-1824 (2001), and Frederic Remington and Turn-of-the-Century America (1995). His exhibitionTo Make a World: George Ault and 1940s America opens at the Smithsonian American Art Museum in March 2011. 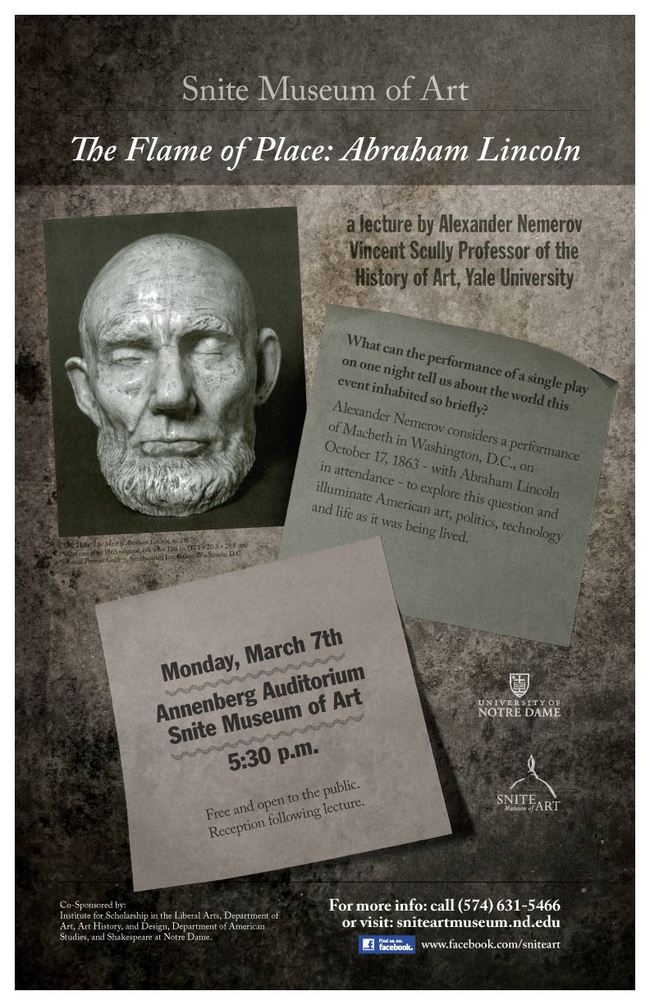